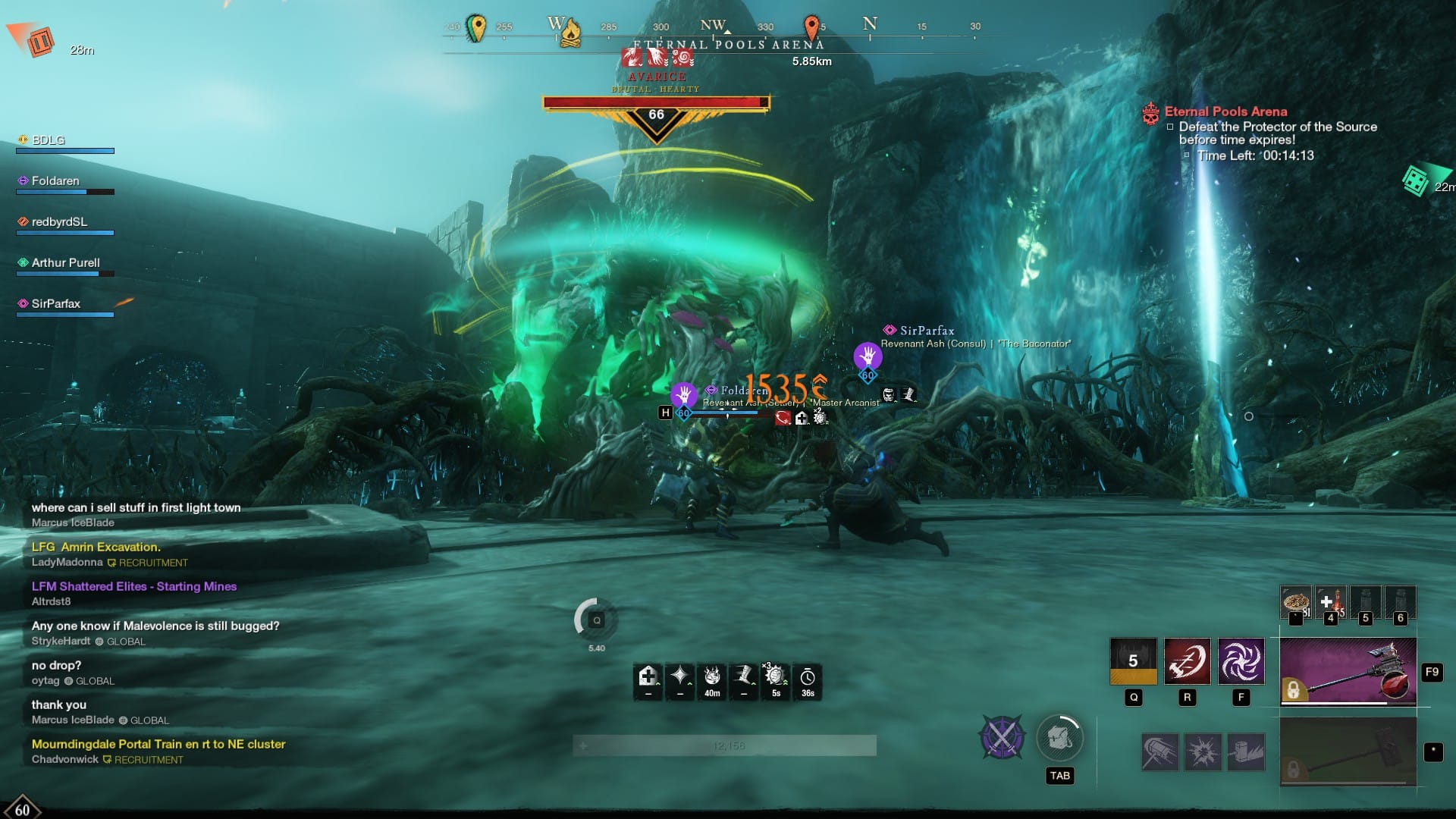 The Protector Arena is located in the Northern Part of Reekwater, just north of the Lazarus Instrumentality Expedition. This is an end-game arena intended for a group of 5 to complete. Upon entering this arena you will face the Angry Earth level 66 named boss, Avarice. Like the other PvE Arenas and in New World, you will need a tuning orb to access the Arena. The tuning orb will be consumed upon entering the Arena. Only one player in the group needs to have the orb for the group to enter. For more on how to defeat Avarice, continue reading our New World Protector Arena Guide.

How to Obtain the Protector Tuning Orb

The Avarice is an Angry Earth mob type. Therefore, the following consumables are recommended when fighting in this Arena to maximize your damage output.

You can also utilize Infused Angry Earth Ward Potions if you feel like you need additional damage mitigation.

In order to maximize damage output for an Angry Earth mob type you would want to utilize weapons that deal slash damage and fire damage. Slotting a Ruby into your weapon (except fire staff) will also help you maximize your DPS against this mob type.

Utilizing a weapon that has the Angry Earth Bane Perk on it can help increase your DPS in this arena as well.

Upon entering the arena you will be facing Avarice. Once you begin the fight you will notice some glowing white pylons that spawn around the edge of the arena. Once every minute Avarice will reach into the ground and spawn in several ads. If the ads are not killed within a short timeframe then Avarice will then eat the remaining mobs and gain stacks of empowerment, increasing his damage dealt. You want to make sure you have enough DPS to clear all the ads before he eats them. If he absorbs or eats enough of the mobs he will begin one-shotting the party members.

However, if you activate one of the pylons on the side of the arena he will drop all of his buffs from eating the ads. The pylons work as a failsafe just in case you cannot clear the ads. If you get up to 3-5 stacks of empower on the boss you will want to use a pylon to cleanse the buff.

Having your DPS utilize a Great Axe is a great choice for this arena in order to group up ads with the Gravity Well ability, and Great Axe does increase damage against the Angry Earth mob type.

Some other notable mechanics from Avarice are the following:

He will occasionally reach into the ground, pull out a large spike, and will hurl it at one of the ranged players. You will be able to easily recognize the animation and the spike can be easily dodged.

The boss will also clap his handle together summoning a large spike from the ground. You will want to dodge this ability.

He will also slam his fists into the ground causing the ground to rupture which will deal AOE damage to all players around the boss. You will be able to see a cage spawn around the boss when this ability is about to be activated. Make sure the range players stay out of it and the melee players get out of the range of the AOE.

In summary, Tank gains aggro, and DPS does damage up to certain marks until the boss summons ads. Make sure you kill all the ads before the boss eats them. If the boss gains too many stacks use the pylon. Continue to DPS the boss and be aware of the other damaging mechanics mentioned above to avoid large amounts of damage.