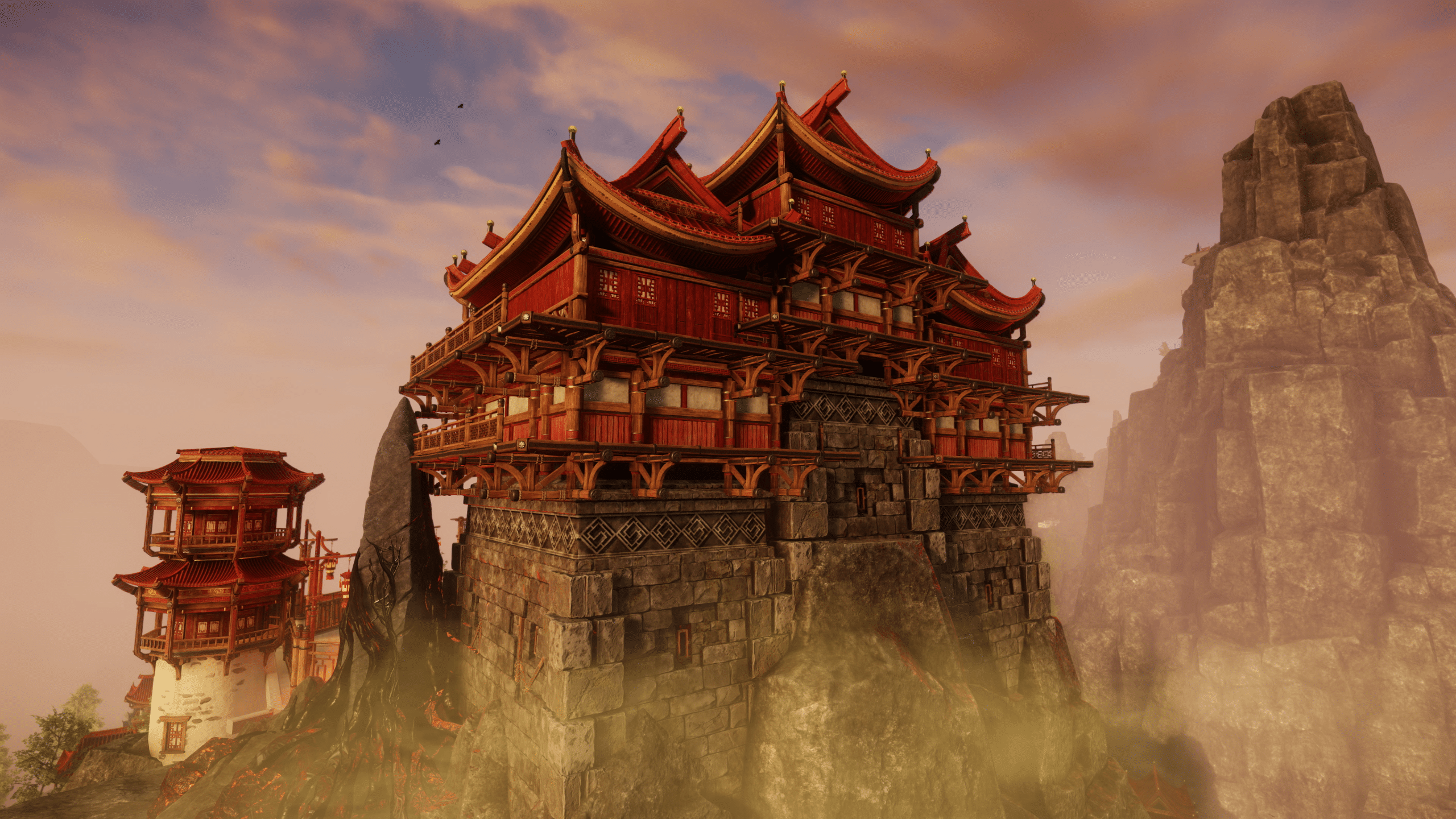 New World is divided into distinct Territories that players can own! In this guide, we’ll cover everything you need to know about the New World Territories and Settlements.

Differences Between a Settlement & a Fort

There are some important differences between a settlement and a fort. The Settlements are where players socialize, live, craft, trade, work on Town Projects, and support their Faction through Faction Missions. Settlements also serve as a respawn point for players after death. These are the location for purchasing your house. You can also go to Settlements to manage your storage, and access the trading post.

A Territory’s Fort is the major point of defense for a Territory. Forts come under attack during War and serve as a faction control point in open-world PvP. Forts are also where Invasions (which are the PvE horde type mode that New World offers) take place. It is also where players need to go in order to claim an unclaimed Territory.

The only way to own territory is through war! There is an exception though.

At the launch of a new server, there will not be any owners of a territory, so any unclaimed territory can be claimed simply by paying the claim fee at the fort. You must travel to the fort to claim an unclaimed territory. This can not be done in the settlement.

Upon completing the pre-requite quests, players can choose between one of the three Factions. Then, Once you choose a Faction, you can create or join a Company. When a Company is created, it inherits the Faction of its creator. Companies can then gain and control a Territory and the Settlement or Fort that lies within that territory.

One of the responsibilities of the Governor is to set the tax rate and fees for the territory. Other responsibilities of a Governor include upgrading and maintaining the quality of life in your Settlement by starting Town Projects. In order to be a resident of a territory, you must own a home within that territories settlement. (More about that topic below).

So what if the Governor goes on vacation or can’t play for a while for whatever reason? Who sets the tone for the territory in that situation? Well, The Governor can appoint a Consul, or multiple Consul’s, to help with ruling the Territory.

It’s important to note that Consuls have almost all of the same permissions and powers as the Governor of the Company and Territory they control, so these are really going to need to be people that you trust.

A Settlement’s Crafting and Refining Stations can be upgraded. Upgrading these stations enables higher-quality and more powerful items to be crafted by the players that spend their time there. Additionally, a Territory’s Lifestyle Buffs and Fort Upgrades are controlled by the Governor. Lifestyle Buffs are powerful, long-term bonuses for things like crafting and combat that only apply to your Territory’s Residents. Every upgrade to the town will cost more in weekly town upkeep.

Residents are people who own houses in a particular Settlement. If a player does not own a house in a Settlement, they will not receive the Territory’s Lifestyle Buffs. Lifestyle Buffs can be activated through Town Projects set by the controlling Company.

Town Projects require are large-scale activities that players can work on together to upgrade their Settlements. These are activated by a Settlement’s Governor or one of their Consuls. When a Town Project is activated, players in the town can take missions that progress the Project towards completion.

These town missions award XP and currency, but more importantly they advance the Town Project. For example, if you want to upgrade your Settlement’s Forge you must start a town project. To do so, you would activate the “Upgrade Forge” Town Project at the Town Hall. Then, members of your company, and anyone else living in town can work together to complete the project.“