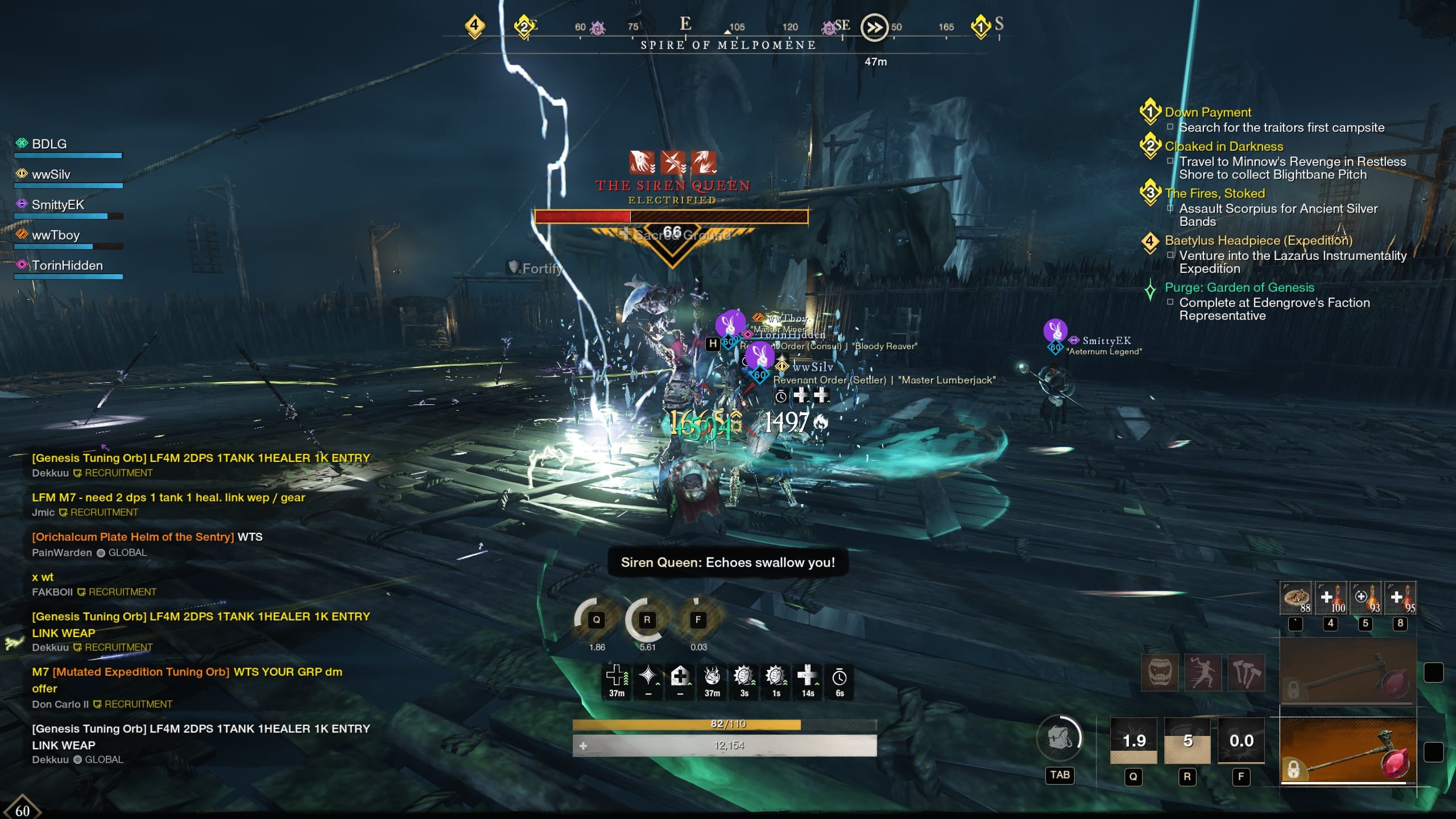 The Siren Arena is located in the Northern Part of Reekwater in an elite area called the Spire of Melpomene. There is a Fast Travel location just south of the arena. This is an end-game arena intended for a group of 5 to complete. Upon entering this arena you will face the Lost level 66 named boss, The Siren Queen. We will cover how to defeat the Siren Queen, and more in our New World Siren Arena Guide.

How to obtain the Siren Tuning Orb in New World

You can obtain a Siren Tuning Orb by completing the questline that begins with the quest An Expanding Threat. You can obtain this quest from Kinnao Onizuka in Reekwater. Follow the questline until you reach a quest called The Queen is Dead (Elite). You will need a group to complete this Elite quest. In order to obtain the tuning Orb you will need to kill some of the Siren Queen’s Lieutenants. One of them will drop the Siren Tuning Orb.

The Siren Queen is a Lost mob type. Therefore, the following consumables (in addition to Health, Regeneration, and Mana Potions) are recommended when fighting in this Arena to help you maximize your damage output.

You can also utilize Infused Lost Ward Potions if you feel like you need the additional damage mitigation.

In order to maximize damage output for a Lost mob type you would want to utilize weapons that deal nature, ice, or strike damage. Slotting an Amber into your weapon (except life staff) will also help you maximize your DPS against this mob type.

Utilizing a weapon that has the Lost Bane Perk on it can help increase your DPS in this arena as well.

Upon entering the arena you will be facing The Siren Queen. The main mechanic of this fight are the spears that the Siren Queen will throw into the ground. These spears will deal AOE damage, and will eventually fill up the entire arena if you do not kill her fast enough.

However, there is a way to remove the spears from the arena. The Siren Queen will shoot a glowing orb at a player, and if the player drags that orb across one of the spears it will dissipate.

A good way to deal with this boss is to have your Tank pull her to the left side of the arena against the wall and DPS her down there. This way you can better manage the AOE spears that are on the battlefield.

In summary, Tank gains aggro, DPS does damage, and the Siren Queen Throws Spears. If your group has enough DPS you can take her down easily without the spears covering the battlefield. If they cover the battlefield using the orbs to dissipate the spears. Continue to DPS the boss and be aware of her melee attacks.

That does it for our New World Siren Arena Guide. For guides on the other two New World Arenas, check out our Protector Arena and Spriggan Arena Guides.