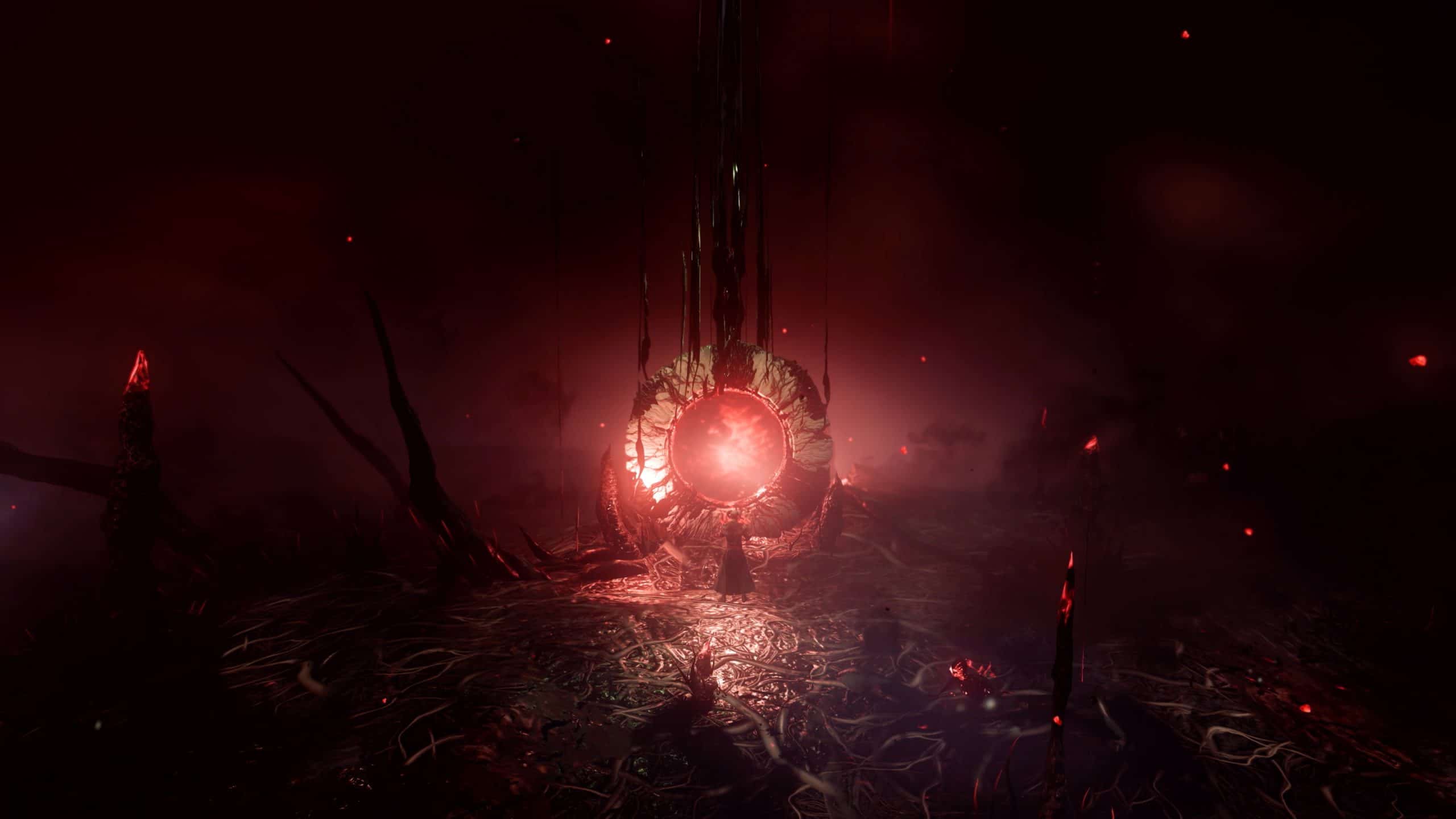 The Corrupted seek to devour Aeternum and it’s up to you and other adventures to fight them back.  Once you get access to the Azoth Staff you will have the ability to close Corrupted Breaches. If you do so, you’ll be rewarded with gold, experience, and faction tokens, as well as a Treasure Chest that scales off the level of the Corrupted Breach you closed. Closing breaches over level 60 have a chance to increase your Expertise and reward you with Gypsum. In our Corrupted Breaches guide, we’ll tackle how to complete each type of Corrupted Breach.

You will need the following Tier of Azoth Staff to close the corresponding level of Breach.

There are two different types of corrupted breaches, minor and major. Minor portals can be done solo or in a group, and major portals are intended for group play. Completing breaches will reward you will various rewards including gold, a corrupted breach cache, specific crafting material, and amethyst gypsum. The gypsum is only rewarded for completing higher level breaches.

The main objective in completing the Corrupted Monolith Breach is to break the carapace at the base of the monolith and then close the Azoth Staff objective. It’s important to tag the carapace if you’re in a group so that you will get credit for completing the breach.  As you are trying to break the carapace there will be several Corrupted mobs that spawn throughout the breach that will try to prevent you from closing it.  You will have to kill any enemies near the carapace and will have to continue clearing the mobs to close the objective to finish the Corrupted Monolith.

Upon approaching a corrupted portal you will have to defeat 2 Corrupted Cultists standing on either side of the portal. Once they are defeated there will be multiple waves of corrupted creatures that spawn.  After several add waves , a final wave with a corrupted boss mob will spawn.  Defeat the boss, close the Azoth Staff objective, and you’ll close the corrupted portal. Make sure you tag the boss that spawns in order to receive credit for the portal.

On the Festering Hive, you will find corrupted veils on each side that can be destroyed.  There will also be mobs outside of the hive that you will have to contend with as you try to destroy the veils. Once a veil is destroyed, you can enter the Hive. Once inside you will find a Corrupted Boss.  You will have to kill the boss, or lure it outside for your party to kill in order to be able to closet the azoth staff objective in the middle of the hive. There will also be adds that will occasionally spawn in as you are trying to close the objective. You may have to stop, kill the add, and then continue closing the objective.

The corrupted group portal, or major breach,  is very similar to the smaller or minor variant. The major breaches are increased difficulty versions of the minor breaches that will reward you with more experience and better loot.  Major corrupted portals require you to slay several large waves of corrupted in order to eventually face the corrupted boss. You will need to group together, fight the waves of corrupted enemies, kill the boss, and close the Azoth Staff objective to complete the breach. Make sure you tag the corrupted boss in order to receive credit for closing the breach.

The group version of the Corrupted Monolith is one of the most difficult to close. In this breach, there will be three corrupted pylons each with its own Azoth Staff objective. You will need to fight off the corruption surrounding each of the three objectives while someone closes the objective. Once each one is closed, a carapace will spawn in the middle of the Monolith. You will need to attach the carapace in order to break it and the last Azoth Staff objective will appear. Throughout this process, large amounts of Corrupted minions will spawn that will impede your progress. You will need to fight them off, and close the center carapace objective.

The best way to complete this breach is to stay grouped and move in unison from pylon to pylon. Once each is closed move to the middle and fight of the add waves and the corrupted boss that spawn in.  Once down, close the Azoth objective to complete the Monolith.

Corrupted Breaches a great way to gain guaranteed additional coin, gypsum, and other rewards each day. For more ways to gain Gypsum check out our Expertise Guide.