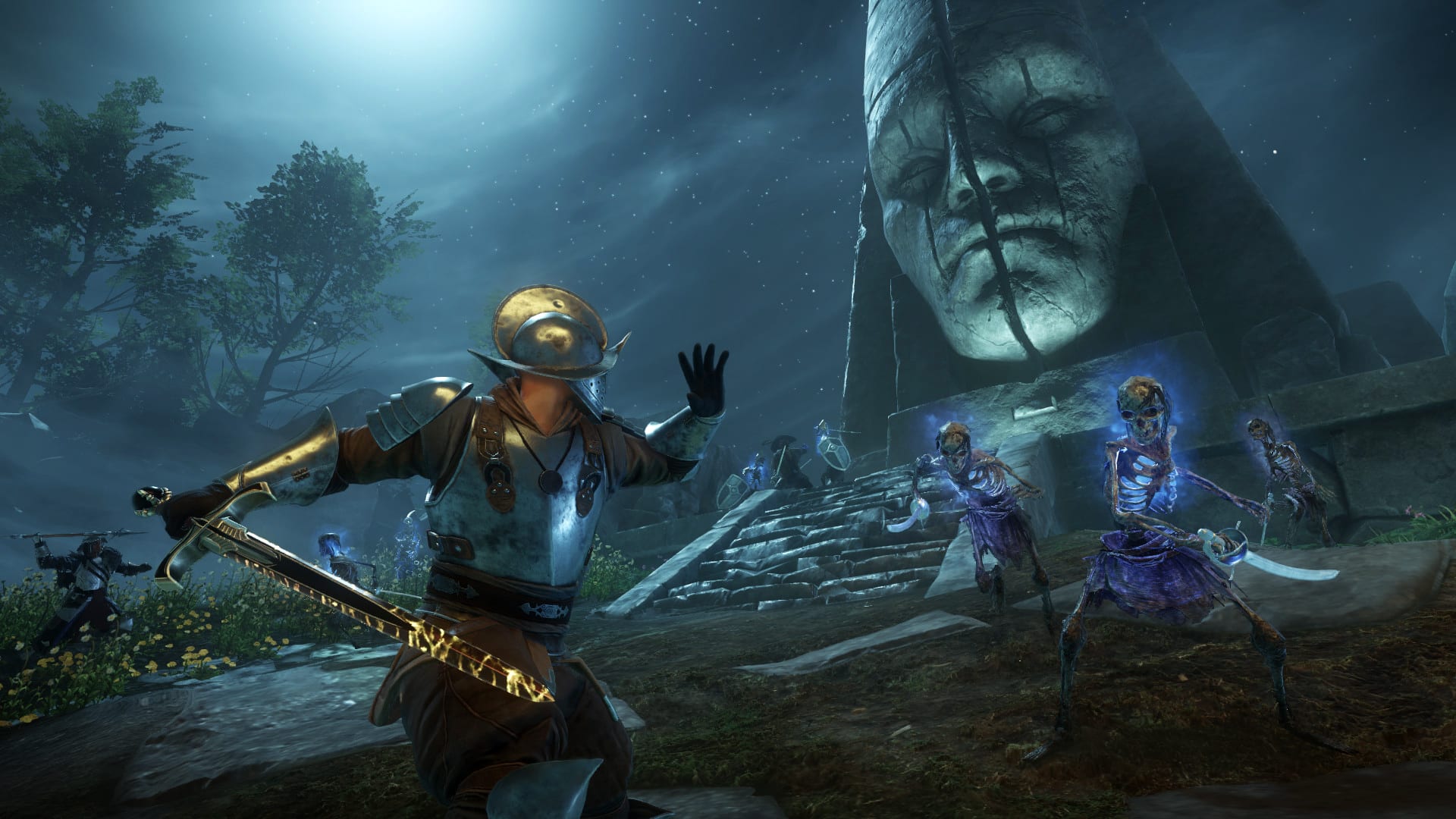 Each weapon in the game (except greatsword) has a “Legendary Weapon Quest” associated with the weapon (See below for list of weapons and the quest to obtain them). These quests do not actually reward legendary weapons, but in earlier iterations of the game they did so they are still widely referred to as the New World Legendary Weapon Quests.

However, if you look at these weapons you will see that Rimelash and the Last Argument are the only weapons with all 5 perk slots filled to make it truly a legendary weapon. (Attribute, Socket, Perk 1, Perk 2, and Perk 3. ) All the previous ones only have 4 perk slots filled, making them an epic weapon from when they once were legendary.

The below chart lists legendary weapons you can obtain via questing, the quest, and the quest giver. These are all 590+ gear score items, and all of the quests are located in the Brimstone Sands zone.

How to Unlock the Legendary Weapon Quests

In order to unlock the quests for these weapons, you must first do the pre-requirement quests that start with Eintou Madaki in Mountainhome. The quest you want to unlock is called Madaki’s Stratagem as this is the quest that you go to obtain the weapon molds. In addition to these quests, you need to have 20 Weapon Mastery in the weapon you wish to craft or the quest will not be offered.

When you have the quest, you are tasked with gathering quest materials to have the NPC craft the weapon for you. Since these are quest materials, you can only start gathering the items once you have accepted the quest. Its also not just a simple task, expect to spend a few hours gathering all the materials. After you’ve gathered them all, you turn in the quest and obtain your “legendary” weapon!