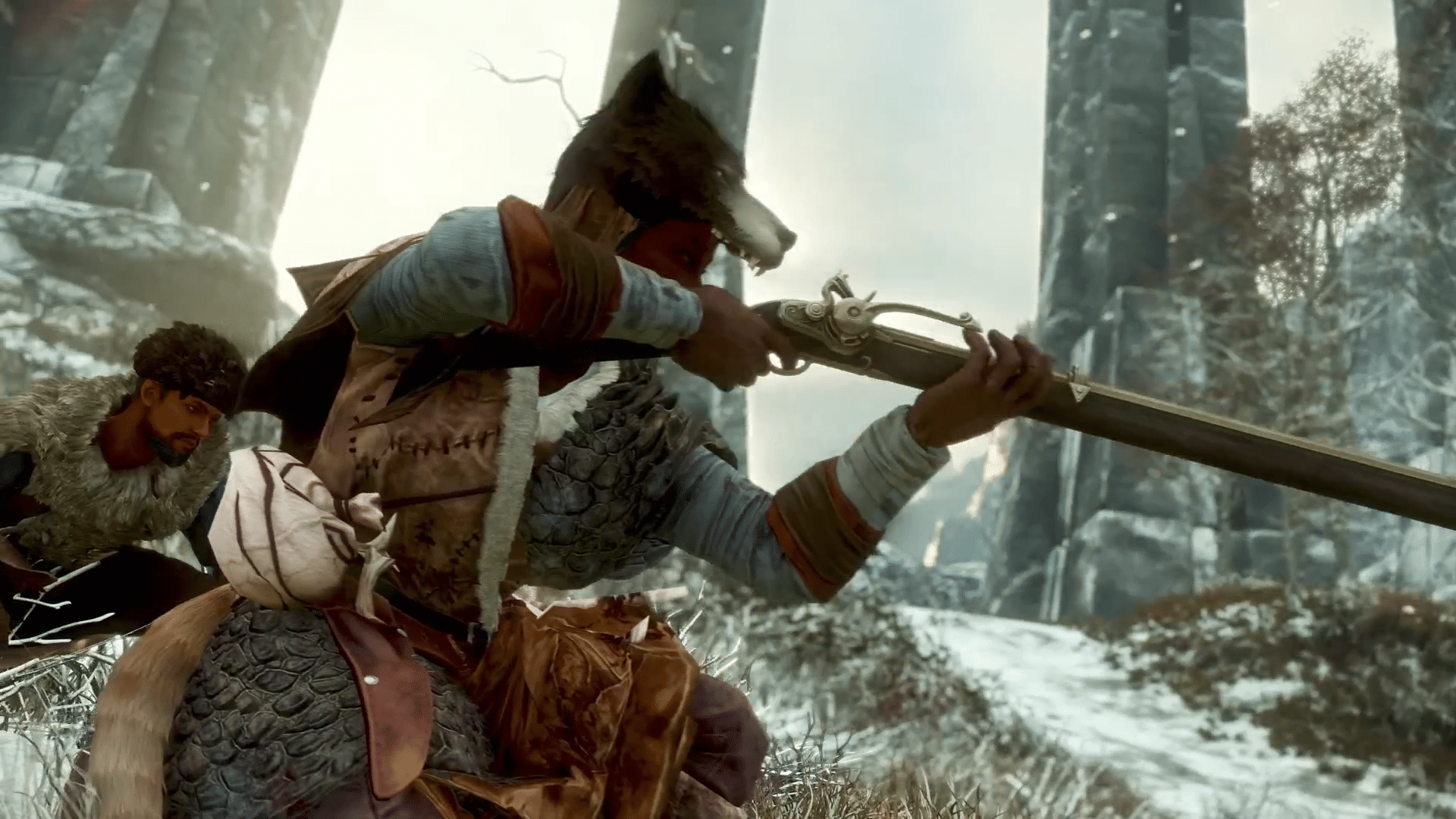 The Musket is an accuracy-based, single target, ranged hit-scan weapon in New World. It scales from the dexterity stat primarily and has a secondary stat of Intellect. The Musket is New Worlds’ only Hit scan weapon. For more about the Musket continue reading our New World Musket Guide.

The musket can be used without having ammo equipped to your ammunition slot. However, having no ammo will not provide you with any additional damage bonuses. You can obtain ammo for your bow by looting them enemies and boxes, craft them yourself, or purchasing them from the faction vendor or trading post. There are different tiers of ammo with each tier increasing the damage dealt.

The musket mastery tree is broken down into two skill trees, Sharpshooter and Trapper

The active abilities in the Sharpshooter Tree are based on dealing damage.  Moving Through the tree will transform the musket into the hardest-hitting weapon in the game.

The first ability is Powder Burn deals 110% Weapon damage and applies a Burn DOT that deals 20% weapon damage every second for 9 seconds. When using the ability, it charges your next shot. When upgraded, Powder Burn applies a debuff that causes the target to take 12% more damage from the musket’s basic attacks and extends the duration of the Burn if Powder Burn is a headshot.

The second ability is Power Shot. Power Shot overloads your musket to deal 150% Weapon damage with your next shot. When upgraded, Power Shot will give you a 10% Empower buff, deal 10% more damage to a target with full health, and reduce its own cooldown if you land a headshot.

The final ability is Shooter’s Stance. This locks the player in place and limits the player’s rotation angle to 180 degrees. The Musket then deals 100% weapon damage and reload time is reduced by 75%. The basic version of Shooter Stance only allows the player to shoot three times but it can be upgraded to 5 with Shoot More.  The final upgrade to Shooter’s Stance decreases the cooldown of all musket abilities by 25% if three of the shots hit the same target.

The majority of the passives in the Sharpshooter Tree revolve around the player dealing damage while aiming down sites and headshots.

The Key Passive in the Sharpshooter Tree is Sniper. Sniper adds a 3x zoom to your musket that is adjustable with your mouse wheel. On top of that, it grants an extra 15% damage to all headshots.

The Trapper Skill Tree is centered around crowd control and manipulating the movement speed of both the musket user and its target.

Stopping Power is a powerful shot that deals 120% weapon damage, staggers the target, and knocks the target back 3 meters. Can be hip-fired or while aiming down sights. When upgraded, Stopping Power also applies exhaust (reducing the target’s stamina regen by 10% for 8 seconds) and slows to the target.

The second ability in this tree is Traps; it allows you to put down a “trap” that lasts 20 seconds and (if triggered) immobilizes the target for 3 seconds. As you progress down Traps upgrade path, you will gain the ability to put down two traps at a time, grant traps the power to apply rend to the targets that trigger them, and allow the musket user to leach 100% weapon damage of damage done to targets in Traps as a heal.

The final ability is Sticky Bomb. Sticky Bomb is a projectile that can be thrown and stuck onto anything it makes contact with. Detonation of the Sticky Bomb will occur in 3 seconds and deal 210% weapon damage in a 3 meter AOE. Sticky Bomb will also apply a slow and regenerate 40 stamina when it deals damage to a player when upgraded.

Recommended Weapon Pairings with the Musket

The musket is a ranged DPS weapon that specializes in single target damage. The Musket has Top Tier potential for PVP due to it being a hit scan weapon. The musket is currently not recommended in PVE.

How to Level the Musket in New World

The Musket is one of the more challenging weapons to level as it lacks AOE burst Damage. For this reason, the best way to level the musket is usually with a group OR use lower level mobs that you can kill quickly with basic attacks or group together and Sticky Bomb. Here is the recommended skill progression as you level the Musket.

The Ability perks for the Musket in New World are as follows:

The type of gem you will want to slot into your Musket is heavily dependent upon your build and what you’re trying to accomplish. It’s also going to vary based on PvP vs PvE activities (You can check our quick reference guide for gems for a full list of gems and their effects).

Enemy types the Musket is strong/weak against

With a Musket the damage type you will be dealing is Thrust! Our Damage Type vs Mob Types Quick Chart guide as a complete breakdown for every weapon. Corrupted and Beasts will be the monsters most affected by this and is ideal to use against them.

That completes our New World Musket Guide. For more on where to level your Musket, check out our Weapon Leveling Locations.